New York-based Dow Jones & Company is a global provider of news and business information, delivering content to consumers and organizations via newspapers, Web sites, mobile apps, video, newsletters, magazines, proprietary databases, conferences, and radio. One of the world’s largest news-gathering operations, the company employs nearly 2,000 journalists in more than 50 countries. Dow Jones owns The Wall Street Journal, Barron’s, MarketWatch, and DJX, its flagship news and analytics platform. Dow Jones publishes in 13 languages and distributes content in 28 languages, combining technology with news and data to support business decision making. The company pioneered the first successful paid online news site, and its industry-leading innovation enables it to serve customers wherever they may be, via the Web, mobile devices, Internet-connected televisions, and tablets. 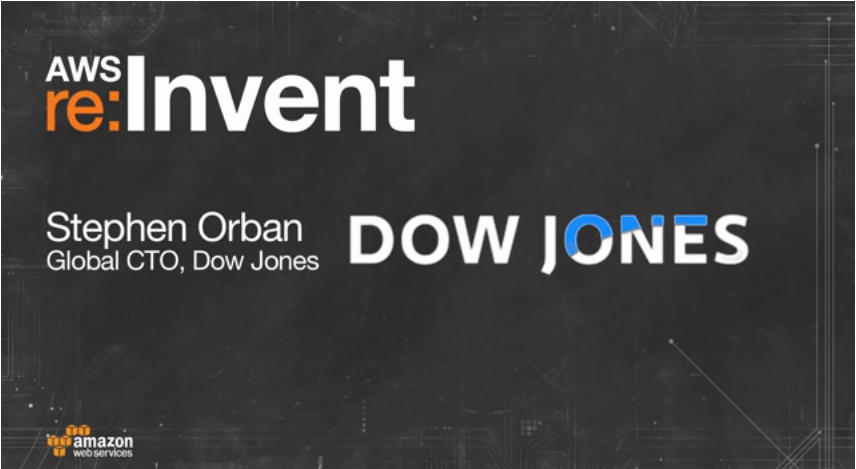 Investors use Dow Jones to learn about what’s happening in financial markets throughout the world. “Our mission is to shine a light on dark corners of the world, focusing on news that impacts decision making,” says Stephen Orban, Chief Information Officer & Global Head of Technology. The company relies on cutting-edge technology to keep its customers as up to date as possible on the latest news.

In Asia, about 12.8 million people use WSJ.com, which generates about 90 million page views each month. When the lease on its Asian data center ran out in early 2013, the company needed to find an alternative that would help its developers focus more on revenue-generating applications instead of on data center maintenance. Dow Jones also wanted to reduce latency for its Asia-based customers—and it wanted to avoid delays for acquiring and configuring hardware. “My preference is to have my team build products rather than running data centers, Orban says. “Now that data center is a commodity, that’s exactly what they’re able to do.”

Dow Jones chose AWS because it helps enable the company improve time to market for its products. “Our applications were dependent on a particular database version,” Orban says, “and a lot of redirect logic was done on a hardware load balancer. All of the non-AWS software we use work on Amazon Elastic Compute Cloud (Amazon EC2), making it possible to lift and shift, and work on optimizing the environment down the road.”

The company also uses AWS for DJ Chat, an internal application that allows registered users to chat with one another. The app includes content sharing and video conferencing. The company plans to release DJ Chat inside its customer facing products in the coming months.

Dow Jones is now running all its Asia traffic through AWS. “Using AWS helps Dow Jones to be more agile in developing revenue-generating products,” Orban says. “Thanks to AWS, we now build more products and spend less time running a data center. Our overall product development velocity has increased by at least 30 percent.”

Orban anticipates further improvements to come. “Network connectivity to Asia over the Internet isn’t always optimal,” he says, and high latency or packet loss can lead to intermittent application problems and stale content. Engaging resources to isolate those types of problems is time consuming and distracts from building new features. Hardware failures and refresh are a challenge to manage remotely. Using AWS relieves us of most of this burden.”

The company has also realized cost savings of 25 percent, more than $40,000 per year, over the cost of leasing a data center—and the savings will continue each year that they use AWS. “We’ll never have to refresh the hardware. That constitutes significant savings for Dow Jones,” Orban says.

“Using AWS gives us the freedom to be agile,” Orban continues. “Why would I want to spend my time learning how to operate a database or a Hadoop cluster when I can have predictable costs on the AWS Cloud and avoid unnecessary operational responsibility?”

Moving forward, the company plans to expand the number of AWS-powered apps it offers in its products. DJ Chat, which will be released later this year, accounts for tens of thousands of messages a day and has thousands of users logged in at any given time. In addition, Dow Jones is working on a content personalization algorithm to run on AWS and building analytics tools to suggest content and trending topics to customers who might be interested.

The culture shift and cloud migration are allowing Dow Jones to take more risks. “Designing for high availability in one’s discrete data center is hard—it leads to very complex designs and heavy processes, which tends to make people risk-averse. Using AWS makes it much simpler to design for availability. It’s also a relief to not be preoccupied with capacity concerns, which are nearly impossible to predict for new products.”

To learn more about how AWS can help you run your digital media applications, visit our Digital Media details page: http://aws.amazon.com/digital-media/.