This Startup Designed Its Broadcast Device For Sports, Then It Wound Up In The Operating Room

“I needed to come back from the mountains and get a job.” 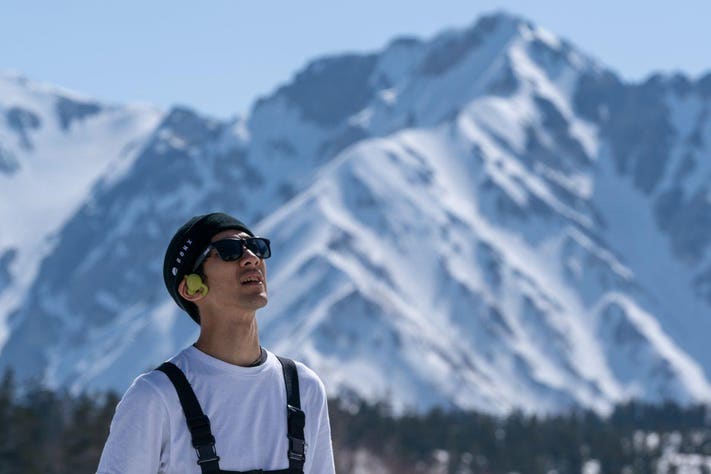 That’s how Takahiro Miyasaka, 34, describes the motivation behind his decision to leave the world of snowboarding and enter the corporate world of consulting. While attending the University of Tokyo, Miyasaka lived a life centered around snowboarding, spending every weekend flying from the northern to southern hemispheres in search of snow. But once he married and started a family, he decided he needed a more location-dependent lifestyle.

That’s when he began working in the Tokyo office of Boston Consulting Group, a multinational management consulting firm. There, he met Yuta Narasaki, 31, with whom he founded Bonx, Inc. in November 2014. Their first product is the Bonx Grip, an over-the-ear device that allows groups of up to 10 people to talk to each other hands-free over any distance or range. When one person speaks, the device will automatically broadcast that message to everyone on the line while pausing any audio a user might be playing. Group members connect by putting a shared code into the Bonx phone app, and all conversations can be recorded, which assists in applying audio to any videos shot. It can distinguish between different voices and background noise to ensure ambient sounds aren’t transmitted. There’s no distance limit between units, provided both users have cellular service. 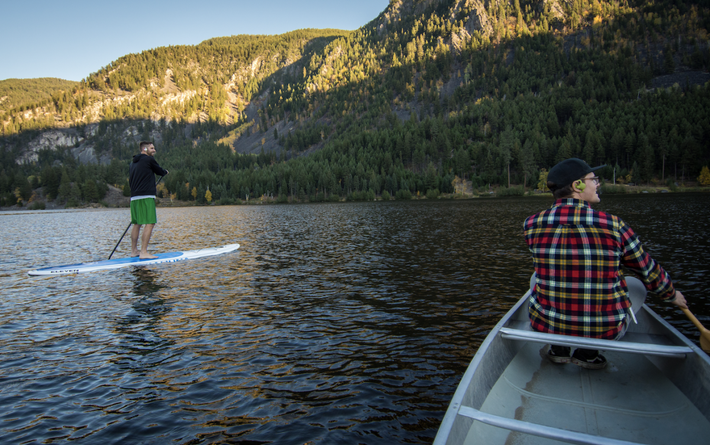 The Bonx Grip allows users to talk freely across any distance, provided they have cellular service.

Miyasaka realized the need for such a device on a ski weekend in March 2014 in Hakuba, Japan’s central snowy and mountainous region. He had just read a story on Nick Woodman, founder of action camera brand GoPro, and was delighted to meet an American who worked for GoPro while skiing in the woods. They started snowboarding together but quickly became separated in the dense Japanese backcountry. “We were half-panicked not knowing what to do,” says Miyasaka. “We eventually decided to go down to the bottom to see what we could do, only to find him already there, sipping some tea, waiting for us.” That experience led him to realize the need for a quicker and easier way to stay in touch during adventure sports, and development on the Bonx Grip began. 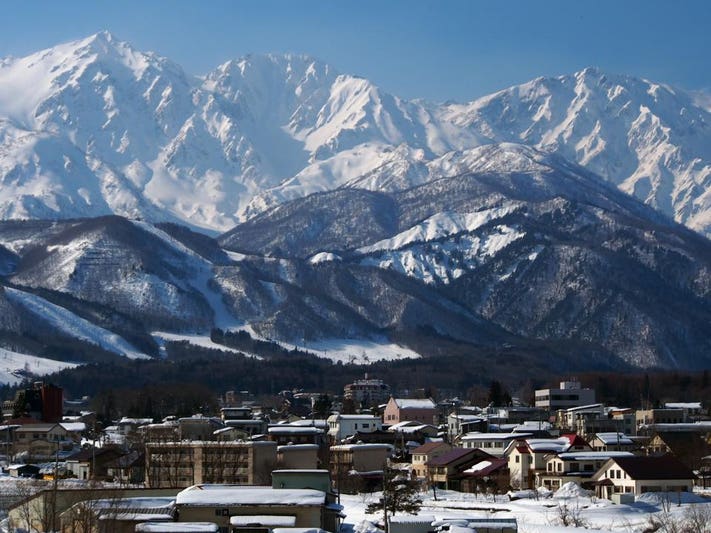 He was able to take advantage of a government grant program through Japan’s New Energy and Industrial Technology Development Organization, which provided the necessary start-up funding. He recruited Narasaki, and the two tested various Bluetooth and VoIP systems (which allow for voice communication on internet connections) to determine which would work best for their uses. They tested the systems in the field, intentionally going into areas with weak and unstable network coverage to measure whether they’d work in real-world scenarios. Miyasaka says that their engineer would even snowboard with a laptop in his backpack to allow them to stop and test the equipment mid-run. But after weeks of field testing in which the duo were unable to find one VoIP system that met their needs, they created their own solution, building both hardware and software to allow for them to be tested in tandem. 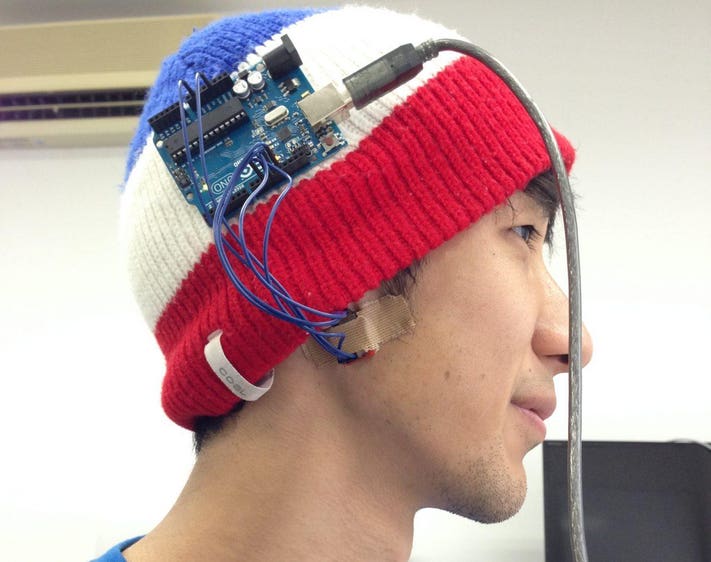 An early prototype of what would become the Bonx Grip

“The prototyping was very difficult with Bonx because we needed to have both hardware and software to see if it worked OK as a product or not,” says Miyasaka. Because sound quality on an audio product can’t be determined at the early stages of prototyping, they had to build several nearly complete units before testing could begin. “We couldn’t tell if the quality was good enough until the very last minute,” he adds. He notes that while the process may seem simple to the end user – just speaking and listening – it was quite difficult on the production side to tell if issues of sound quality were the result of sound processing, transmitting, input or one of several other processes operating at the same time. After spending more than $10 million on research and development, they began product sales in December 2016, though the current version (launched Fall 2017) is the first one behind which they’ve put significant marketing dollars. 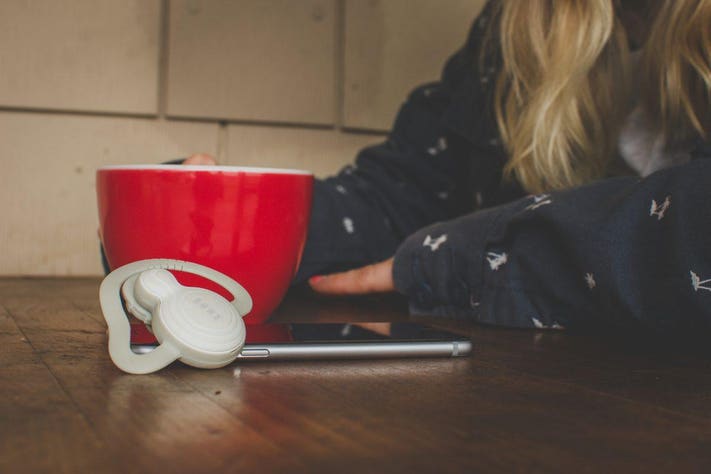 The Bonx Grip was intended for sports but has been used for a variety of professional purposes.

Between Fall 2017 and 2018, they sold more than 10,000 units of the Bonx Grip, many of which were sold at specialty sports stores and ski resorts in Japan. They’ve been used for other applications as well, allowing mountain bikers to communicate on the trails or for coaches to provide advice to rock climbers high above them. However, they’ve found in the last year that the Bonx Grip is useful in non-sport applications, too. Miyasaka says that the product has been purchased by a high-end Italian fashion brand as a replacement to walkie-talkies in their retail stores due to its discreet design. He’s also seen the Bonx Grip used in Japanese emergency rooms to allow surgeons to easily and quickly communicate needs during surgery or to communicate with doctors outside of the operating room. “We were surprised to hear that they are actually wearing Bonx even when they are off-duty so they know what’s going on in the hospital,” he says.

The non-sport applications have been so popular that they’re planning the launch the Bonx Mini this summer. It has a looser fit and, as the name implies, is smaller than the Bonx Grip. It’s intended for everyday use rather than for use during athletic or high-impact activities. They’re also working on a product similar to the Bonx Grip that can be used without cell service to appeal to more American buyers, which Miyasaka hopes will create appeal in the U.S. as it falls behind Japan in terms of cell phone coverage in wilderness areas