We all got hugely excited about Apple launching a credit card with Goldman Sachs and Mastercard last week. Whoopy-doo!

This was a major lift for Mastercard in particular. As Wedbush’s Moshe Katri noted payments on the card will be processed by Mastercard using “Mastercard’s token and M-chip technology, which allow the card to be stored on a digital device without exposing any of its data.”

Katri thinks that the implications for payments and fintech from the announcement are a modest boost to Mastercard and a modest negative for Visa, given that Mastercard will process payments on the card. As a result, Mastercard’s stock rose last week.

What can Visa do?

Well, I just got a press release from Alipay announcing their strategic tie-up with Visa. This is probably even more exciting as it is the integration of two infrastructures from West and East to create a global interoperable structure.

Here’s the opening of the Press Release:

Further to Alipay’s expansion into enabling QR codes across the world, we are delighted today to announce a strategic partnership with Visa Inc. to enable QR code usage for both Alipay mobile users and Visa cardholders. The aim is to allow American, European and other non-Chinese tourists to use and pay with their card in China in the same way as Chinese tourists can use the Alipay mobile app abroad. It also reinforces the use of QR codes as a standard for payments, which is becoming more and more pervasive in all economies.

More can be found here.

I’ve seen this coming for some time and did note that Visa launched QR code payments in India last year to appeal to PayTM users, bearing in mind that PayTM is powered by Ant Financial’s Alipay technologies.

What is more interesting for me however is the tie-up between American and Chinese global players. This is something that I had imagined the US Department of Justice or Senate would have blocked, as they did with the Ant Financial acquisition of Worldpay, but there is a clear note in the press release that all payments data for Visa users is held by Visa and does not cross the Alipay network.

That may be the case, but I wonder if Donald Trump’s administration will be as relaxed about that as Visa seems to be. Something that I would suggest is worth watching but, if this is successful and rolls out worldwide, it could be a game-changer as it critically moves us away from card networks to code networks for payments. 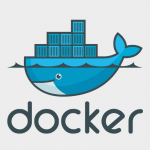 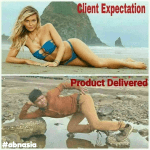