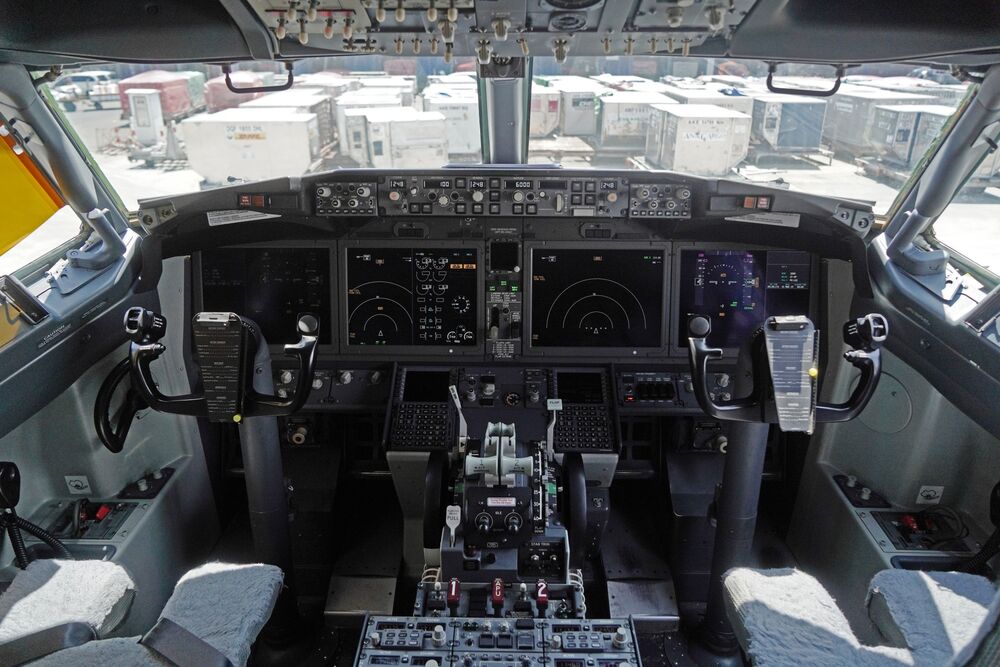 It remains the mystery at the heart of Boeing Co.’s 737 Max crisis: how a company renowned for meticulous design made seemingly basic software mistakes leading to a pair of deadly crashes. Longtime Boeing engineers say the effort was complicated by a push to outsource work to lower-paid contractors.

The Max software — plagued by issues that could keep the planes grounded months longer after U.S. regulators this week revealed a new flaw — was developed at a time Boeing was laying off experienced engineers and pressing suppliers to cut costs.

Increasingly, the iconic American planemaker and its subcontractors have relied on temporary workers making as little as $9 an hour to develop and test software, often from countries lacking a deep background in aerospace — notably India. 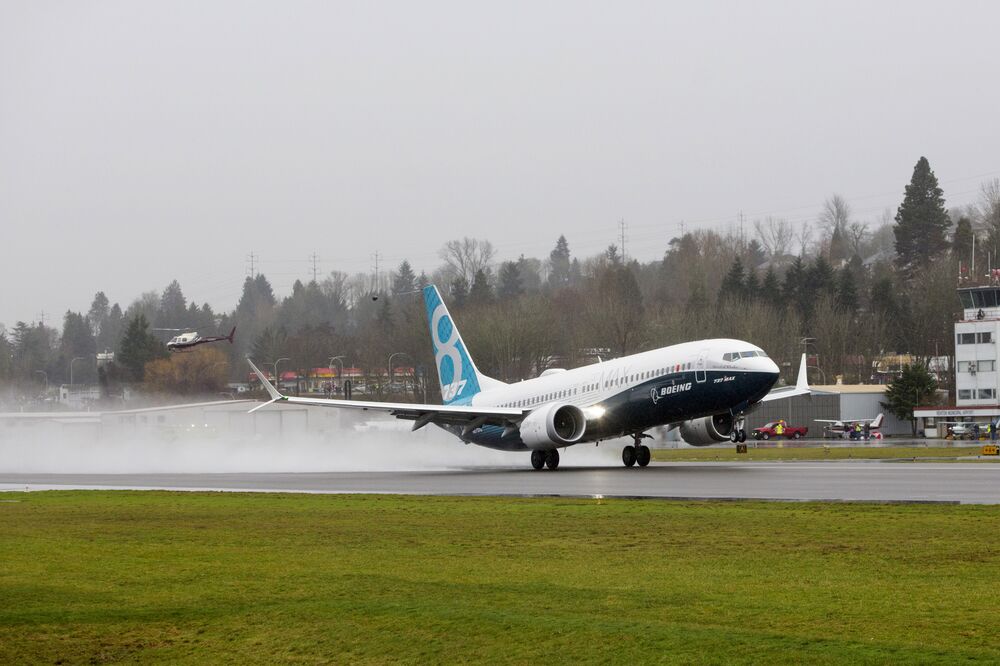 Boeing 737 Max prepares for take off during testing in 2016.

The coders from HCL were typically designing to specifications set by Boeing. Still, “it was controversial because it was far less efficient than Boeing engineers just writing the code,” Rabin said. Frequently, he recalled, “it took many rounds going back and forth because the code was not done correctly.”

Boeing’s cultivation of Indian companies appeared to pay other dividends. In recent years, it has won several orders for Indian military and commercial aircraft, such as a $22 billion one in January 2017 to supply SpiceJet Ltd. That order included 100 737-Max 8 jets and represented Boeing’s largest order ever from an Indian airline, a coup in a country dominated by Airbus.

Based on resumes posted on social media, HCL engineers helped develop and test the Max’s flight-display software, while employees from another Indian company, Cyient Ltd., handled software for flight-test equipment.

In one post, an HCL employee summarized his duties with a reference to the now-infamous model, which started flight tests in January 2016: “Provided quick workaround to resolve production issue which resulted in not delaying flight test of 737-Max (delay in each flight test will cost very big amount for Boeing).”

Boeing said the company did not rely on engineers from HCL and Cyient for the Maneuvering Characteristics Augmentation System, which has been linked to the Lion Air crash last October and the Ethiopian Airlines disaster in March. The Chicago-based planemaker also said it didn’t rely on either firm for another software issue disclosed after the crashes: a cockpit warning light that wasn’t working for most buyers.

“Boeing has many decades of experience working with supplier/partners around the world,” a company spokesman said. “Our primary focus is on always ensuring that our products and services are safe, of the highest quality and comply with all applicable regulations.”

Recent simulator tests by the Federal Aviation Administration suggest the software issues on Boeing’s best-selling model run deeper. The company’s shares fell this week after the regulator found a further problem with a computer chip that experienced a lag in emergency response when it was overwhelmed with data.

Engineers who worked on the Max, which Boeing began developing eight years ago to match a rival Airbus SE plane, have complained of pressure from managers to limit changes that might introduce extra time or cost.

“Boeing was doing all kinds of things, everything you can imagine, to reduce cost, including moving work from Puget Sound, because we’d become very expensive here,” said Rick Ludtke, a former Boeing flight controls engineer laid off in 2017. “All that’s very understandable if you think of it from a business perspective. Slowly over time it appears that’s eroded the ability for Puget Sound designers to design.”

Rabin, the former software engineer, recalled one manager saying at an all-hands meeting that Boeing didn’t need senior engineers because its products were mature. “I was shocked that in a room full of a couple hundred mostly senior engineers we were being told that we weren’t needed,” said Rabin, who was laid off in 2015.

Boeing could take three more months to fix the latest software glitch on the 737 Max, its best-selling model.

The typical jetliner has millions of parts — and millions of lines of code — and Boeing has long turned over large portions of the work to suppliers who follow its detailed design blueprints.

Starting with the 787 Dreamliner, launched in 2004, it sought to increase profits by instead providing high-level specifications and then asking suppliers to design more parts themselves. The thinking was “they’re the experts, you see, and they will take care of all of this stuff for us,” said Frank McCormick, a former Boeing flight-controls software engineer who later worked as a consultant to regulators and manufacturers. “This was just nonsense.”

Sales are another reason to send the work overseas. In exchange for an $11 billion order in 2005 from Air India, Boeing promised to invest $1.7 billion in Indian companies. That was a boon for HCL and other software developers from India, such as Cyient, whose engineers were widely used in computer-services industries but not yet prominent in aerospace.

Rockwell Collins, which makes cockpit electronics, had been among the first aerospace companies to source significant work in India in 2000, when HCL began testing software there for the Cedar Rapids, Iowa-based company. By 2010, HCL employed more than 400 people at design, development and verification centers for Rockwell Collins in Chennai and Bangalore.

That same year, Boeing opened what it called a “center of excellence” with HCL in Chennai, saying the companies would partner “to create software critical for flight test.” In 2011, Boeing named Cyient, then known as Infotech, to a list of its “suppliers of the year” for design, stress analysis and software engineering on the 787 and the 747-8 at another center in Hyderabad.

The Boeing rival also relies in part on offshore engineers. In addition to supporting sales, the planemakers say global design teams add efficiency as they work around the clock. But outsourcing has long been a sore point for some Boeing engineers, who, in addition to fearing job losses say it has led to communications issues and mistakes.

Boeing has also expanded a design center in Moscow. At a meeting with a chief 787 engineer in 2008, one staffer complained about sending drawings back to a team in Russia 18 times before they understood that the smoke detectors needed to be connected to the electrical system, said Cynthia Cole, a former Boeing engineer who headed the engineers’ union from 2006 to 2010.

U.S.-based avionics companies in particular moved aggressively, shifting more than 30% of their software engineering offshore versus 10% for European-based firms in recent years, said Hilderman, an avionics safety consultant with three decades of experience whose recent clients include most of the major Boeing suppliers.

With a strong dollar, a big part of the attraction was price. Engineers in India made around $5 an hour; it’s now $9 or $10, compared with $35 to $40 for those in the U.S. on an H1B visa, he said. But he’d tell clients the cheaper hourly wage equated to more like $80 because of the need for supervision, and he said his firm won back some business to fix mistakes.

HCL, once known as Hindustan Computers, was founded in 1976 by billionaire Shiv Nadar and now has more than $8.6 billion in annual sales. With 18,000 employees in the U.S. and 15,000 in Europe, HCL is a global company and has deep expertise in computing, said Sukamal Banerjee, a vice president. It has won business from Boeing on that basis, not on price, he said: “We came from a strong R&D background.”

Still, for the 787, HCL gave Boeing a remarkable price – free, according to Sam Swaro, an associate vice president who pitched HCL’s services at a San Diego conference sponsored by Avionics International magazine in June. He said the company took no up-front payments on the 787 and only started collecting payments based on sales years later, an “innovative business model” he offered to extend to others in the industry.

The 787 entered service three years late and billions of dollars over budget in 2011, in part because of confusion introduced by the outsourcing strategy. Under Dennis Muilenburg, a longtime Boeing engineer who became chief executive in 2015, the company has said that it planned to bring more work back in-house for its newest planes.

The Max became Boeing’s top seller soon after it was offered in 2011. But for ambitious engineers, it was something of a “backwater,” said Peter Lemme, who designed the 767’s automated flight controls and is now a consultant. The Max was an update of a 50-year-old design, and the changes needed to be limited enough that Boeing could produce the new planes like cookie cutters, with few changes for either the assembly line or airlines. “As an engineer that’s not the greatest job,” he said.

Rockwell Collins, now a unit of United Technologies Corp., won the Max contract for cockpit displays, and it has relied in part on HCL engineers in India, Iowa and the Seattle area. A United Technologies spokeswoman didn’t respond to a request for comment. 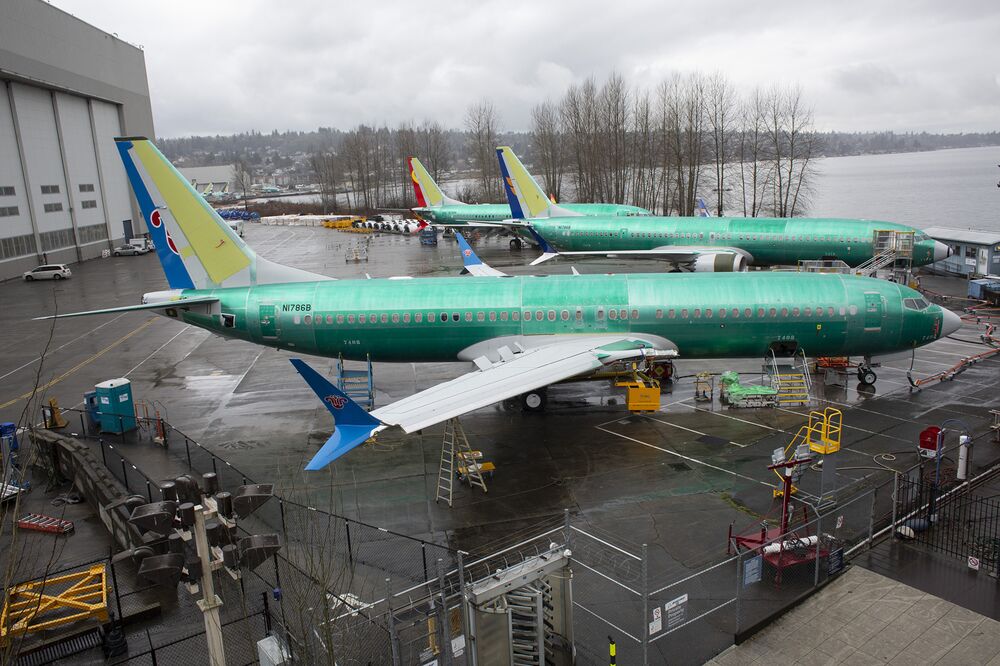 Contract engineers from Cyient helped test flight test equipment. Charles LoveJoy, a former flight-test instrumentation design engineer at the company, said engineers in the U.S. would review drawings done overnight in India every morning at 7:30 a.m. “We did have our challenges with the India team,” he said. “They met the requirements, per se, but you could do it better.”

Multiple investigations – including a Justice Department criminal probe – are trying to unravel how and when critical decisions were made about the Max’s software. During the crashes of Lion Air and Ethiopian Airlines planes that killed 346 people, investigators suspect, the MCAS system pushed the planes into uncontrollable dives because of bad data from a single sensor.

That design violated basic principles of redundancy for generations of Boeing engineers, and the company apparently never tested to see how the software would respond, Lemme said. “It was a stunning fail,” he said. “A lot of people should have thought of this problem – not one person – and asked about it.”

Boeing also has disclosed that it learned soon after Max deliveries began in 2017 that a warning light that might have alerted crews to the issue with the sensor wasn’t installed correctly in the flight-display software. A Boeing statement in May, explaining why the company didn’t inform regulators at the time, said engineers had determined it wasn’t a safety issue.

“Senior company leadership,” the statement added, “was not involved in the review.”

The Metaverse and the Automotive industry – Capgemini report – ABN Asia