Rumors say: Microsoft ditching their Edge browser to use Chrome.

The true story: Microsoft is not giving up on Edge.

Quite the opposite — as a result of the change Edge will probably become available for Macintosh and Linux. Microsoft is giving up on EdgeHTML, which is the rendering engine that Edge uses. All rendering engines do exactly the same thing: they produce a DOM (document object model) from an HTML string according to the HTML5 specification.

When Microsoft replaces EdgeHTML with Chromium, there will be no change in the user experience, except that all the Google fanboys will have no basis for whining. Not that they ever let facts slow them down.

Microsoft is not building a browser based on Chrome.

Chromium is not Chrome. It’s FOSS with a licence that removes Google’s legal and technical opportunities for sabotage, developed in the open. Using it makes it straightforward to port Edge to all the platforms for which Chromium is available.

So the outcome of this will be 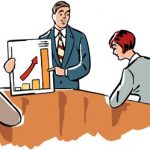