NATIONAL Bank of Abu Dhabi Malaysia Bhd (NABD Malaysia) is expected to close its operations before the end of the year, sources say — a surprising move that comes barely six years since it was set up. The reason for the closure is not known but it is understood to be on the instruction of its Middle Eastern owner, First Abu Dhabi Bank PJSC (FADB).

“The bank is expected to close by June. It’s the head office’s decision to close the bank. We’re asking clients to close accounts,” an employee of NBAD Malaysia says when asked about the shutdown. The bank’s staff count at its sole office in Menara Maxis, Kuala Lumpur, has halved from around 40 last year, the person adds. FABD declined to comment when contacted by The Edge. NBAD Malaysia, which is led by CEO Susan Yuen, also declined to comment.

NBAD Malaysia, which reported a net loss of RM778,000 for the first nine months last year, formally opened on July 2, 2012, as a wholly-owned subsidiary of the National Bank of Abu Dhabi group (NBAD Group). In April last year, NBAD Group merged with rival First Gulf Bank to become the largest lender in the United Arab Emirates with total assets of over US$180 billion. The enlarged entity is now known as FADB. It is not known if FADB considered selling NBAD Malaysia’s operations prior to reaching the decision to close down. Industry sources, however, say a few Malaysian banks were approached to gauge their interest in acquiring some of NBAD Malaysia’s performing loans. “A sale of [NBAD Malaysia] could have attracted interest from banks looking to enter Malaysia. Now, it will likely have to return the licence to Bank Negara Malaysia,” an industry source observes.

According to another source, one of the reasons for the impending closure of NBAD Malaysia may be that its shareholders are not getting along, post-merger. Press reports from Abu Dhabi took note of the fact that the name change of the newly-merged entity to FADB last year had taken observers by surprise. Many had expected the merged entity to retain the NBAD name, given that it was the larger of the two banks. 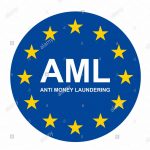 Your bank doesn’t have an effective AML system? JP Morgan Chase was just fined with $1.6 for having a not efficient AML practice

How AI is revolutionizing financial services