Proudly present the Vietnam Footbal team, just taking the Vietnam’s national sport to the next level. 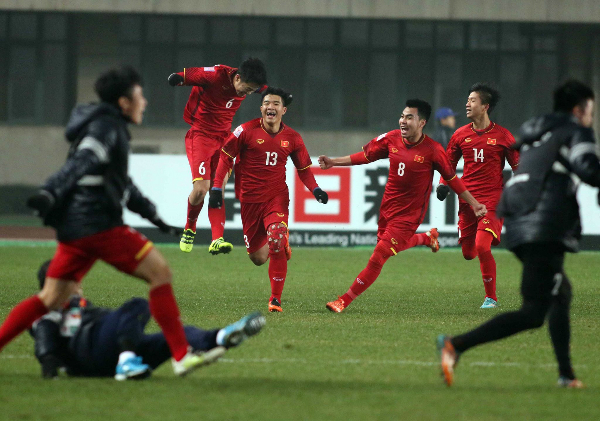 Vietnamese players celebrate during the quarterfinal match against Iraq on January 20, 2018. Photo by VnExpress/Anh Khoa.

Vietnam’s national U-23 football team qualified for the semifinals of the AFC U-23 Championship following a historic victory over Iraq on Saturday.

Against the competition’s former champion, the Vietnamese team was considered the underdog but surprisingly took the lead with an early goal. Iraq equalized with a successful penalty kick later in the first half, and a goalless second half brought the two teams to extra time, which saw each team score twice.

Vietnam finally emerged victorious in the penalty shootout after successfully converting all five shots, while one penalty shot from the Iraqi team was blocked by the Vietnamese goalkeeper.

In the remaining quarterfinal matches, Qatar beat Palestine 3-2 while Uzbekistan achieved a 4-0 victory over the reigning champion Japan and South Korea eliminated Malaysia after a 2-1 win.

Vietnam will play against Qatar while Uzbekistan will face South Korea in the semifinals next Tuesday.

“We deserve the victory today,” Vietnam’s head coach Park Hang-seo said after the match, stressing that it was not just pure luck that the team has managed to go far in the competition.

“I and the players would like to thank all the fans for supporting us throughout the journey,” Park said.

Prime Minister Nguyen Xuan Phuc himself congratulated the team in a letter and wished them “health, sucess to firmly advance into the final.”

According to Tuan, the Ministry of Culture, Sports and Tourism and the VFF would each award the team VND1 billion ($44,000) for the achievement.

The team would also receive another VND1.2 billion from three individual fans.

Football fans across the country erupted into cheers and took to the streets to celebrate the historic victory, jamming the roads in the process.

Association football is the most widely loved sport in Vietnam. However, the national teams’ poor performances in recent years have left many fans frustrated and disappointed.

50 Crypto Trading & Investing Lessons Learned Over The Past 5 Years 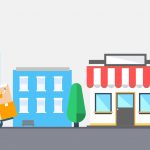 9 eCommerce Trends that will Shape 2018 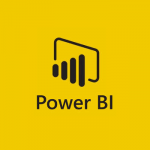