Vietnam’s thriving startup ecosystem is expected to reach US$33 billion by 2025. But so far, the top tech companies have mostly cloned successful companies elsewhere rather than brewing something specific to Vietnamese culture and society. Tiki is Vietnam’s Amazon, Foody is its Meituan, and VNG is its Tencent.

I’m not saying clones are wrong. In fact, they’ve brought a lot to the Vietnamese society. Today, people have more choices: they can conveniently book plane tickets and hotel rooms, order clothes and other goods, and hail rides on their phones, among a host of other services.

These tech companies are making Vietnam more productive, more accessible, and more open. I’ve been lucky enough to be part of this incredible ride, and I’ve loved every minute of it. But it’s just the beginning.

Thanks to them, we’re poised for the next wave where entrepreneurs steeped in local culture begin creating startups that specifically address Vietnamese issues and problems.

Why am I so certain that this wave will wash over Vietnam? Because it’s already happened in other rising economies.

Take China, where I spent 13 years, as an example. The first internet companies there were also clones: Google, Twitter, and Amazon translated into Baidu, Sina, and Alibaba, respectively. In turn, they paved the way for that next wave: products and services tailored to Chinese consumers, born of conditions specific to China.

For instance, while livestreaming apps like Periscope and Meercat floundered in the US, similar Chinese apps took off, with revenue estimated at US$4.4 billion in 2018.

Peng T. Ong, my partner at Monk’s Hill Ventures, invested early in YY, one of the biggest livestreaming apps in China. Of course, he understood that similar services in the US were ill-fated, but he also knew that China was and is very different. He bet that China was perfectly suited for livestreaming in a way that the US was not.

Savvy entrepreneurs there saw the real China – the one that had a huge and growing population of lonely young singles, disenfranchised from their traditional networks and families. They saw the China where consumers would have a real desire for livestreaming – even if they didn’t know it yet.

In China, many adults under 40 are only children – thanks to the country’s one-child policy – and many are leaving home to work in big cities. Livestreaming created a whole new way to connect and entertain. Singles were no longer isolated or lonely.

Peng also knew that for livestreaming to take off, it had to attract quality creators as well as consumers. YY and its peers pioneered business models to solve this problem. In fact, being a livestreamer can pay better than many skilled and low-skilled jobs.

One livestreamer profiled by Wall Street Journal in 2016 made more than 10 times the average income for her province. Today, livestreaming has created an entirely new job category that has helped lift thousands into the middle class – and ensured that users will have plenty of livestreamers to interact with.

The result of all this local innovation? China now has the largest number of unicorns outside of the US, helping to drive China’s economic growth. In fact, the country is on track to become the world’s largest economy by 2030.

What problems can a uniquely Vietnamese startup solve?

The lesson here is this: cultural context is powerful. Entrepreneurs who can solve big indigenous problems will unlock rapid and sustained growth.

So, what products or services will resonate with the Vietnamese the way livestreaming resonated with the Chinese? What app will create new job categories, bringing thousands and maybe even millions into the middle class? I don’t know… yet. But I do know that they’re coming. Here at ground zero, I see clear areas where technology could provide uniquely Vietnamese solutions.

Right now, most of today’s tech startups target the rising middle class in Vietnamese cities. Nothing’s wrong with that, but about 65% of Vietnam’s population is still rural, according to the World Bank. That’s a giant new market, and it’s why I think rural Vietnam could become the epicenter of the next boom and help transform lives.

Just look at the impact that Uber and similar ride-hailing apps have had in large urban cities such as New York and Singapore. In some ways, these apps serve as the Robin Hoods of transportation, taking money from big taxi companies and putting it in the hands of the little guys – the independent drivers.

What if entrepreneurs could do the same for Vietnam’s little guys: the farmers? What if they find a way to optimize the supply chain for poor, rural farmers, putting more profits in their hands rather than in the pockets of corporate food processors? What if they create technology that allows city-bound children to maintain a presence in the lives of their rural parents without being physically home?

That could be pretty powerful.

Whatever the solution, there will challenges – from fragmentation and tech literacy to broadband access. But good entrepreneurs see challenges as opportunities. They find solutions to big problems.

Jeff Bezos of Amazon and Alibaba’s Jack Ma didn’t get where they are by thinking small and addressing the obvious markets in front of them. Instead, they had huge, inclusive visions for transforming the lives of everyday people. Then, they worked tirelessly to execute those visions.

So, if the infrastructure to reach rural farmers is lacking, maybe that’s just the opportunity – the same way Amazon built logistics infrastructure capable of same-day delivery almost anywhere in the US.

There are a wealth of possibilities that people living outside of Vietnam simply wouldn’t see. And the potential rewards are huge.

What’s in store? I don’t know. But I can’t wait to see what bubbles up from my fellow entrepreneurs. My door is open. 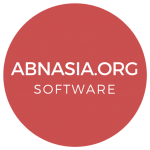 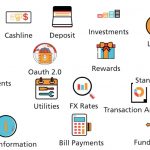