Along with Bitcoin’s well-documented, meteoric rise from less than $1,000 at the start of the year to more than $16,000 today, the digital currency is making a surprising entrance into the mainstream financial world as well. Last weekend, Cboe Group launched its much-lauded futures contracts, and CME Group will follow them this weekend. These products have attracted a lot of attention, and it’s likely that they are just the beginning of speculative financial offerings related to cryptocurrencies.

Of course, Bitcoin’s founder Satoshi Nakamoto originally intended for Bitcoin to be a decentralised, P2P payment system that is impervious to national borders and is unassociated with large corporations. In short, Nakamoto envisioned a currency that, surprisingly enough, would allow people to buy stuff.

Ebay is harkening Nakamoto’s original intention as it considers accepting Bitcoin as payment on its online auctioning platform. According to various news sources, the conversation has extended to the highest levels of company management. In an interview with Yahoo Finance, eBay’s senior vice-president said they are “seriously considering” accepting Bitcoin as a payment medium.

Ebay boasts a market cap of more than $39 billion, and it enjoys name recognition as one of the most prolific online marketplaces in the world. It reaches more than 100 million shoppers each month, and Bitcoin’s integration into the platform would be a significant step toward mainstream integration of Bitcoin as a payment system.

If it can incorporate Bitcoin, eBay would join a short list of other companies that allow such payments at checkout. Online retailer Overstock and virtual travel agency Expedia are two of the most prominent companies to accept it as payment. Interestingly, for Overstock, this is, in part, an investment strategy. In an August earnings call, Overstock CEO Patrick Byrne acknowledged that the company’s board approved a plan to hold 50% of their received Bitcoin in an investment account.

Because its value is surging so quickly, it allows Overstock to achieve additional earnings from its appreciation. For Overstock, this is an opportunity, but for those wanting to use Bitcoin to buy things, it’s a hindrance.

Nobody wants to purchase a depreciating asset with a currency that’s appreciated more than 1,500% this year. In fact,  enthusiasts have an annual celebration for a poor Bitcoin investor who made this mistake.

On 22 May 2010, a now infamous developer, Laszlo Hanyecz, embarked on a mission to test Bitcoin’s usability. The man posted a request for two pizzas on a Bitcoin forum. He agreed to pay 10,000 Bitcoins for the pizzas and delivery. It worked, and his pizzas were delivered a short time later.

Hopefully, the pizzas were really good because those Bitcoins are now worth about $20 million. 22 May, now known as Bitcoin Pizza Day, is an annual recollection of the man’s plight, and it serves as a hilarious and unfortunate reminder that holders should act wisely when spending their digital tokens. It’s difficult to imagine many people risking a similar fate by purchasing a garage sale item on an eBay auction.

In a 2013 interview with The New York Times, Hanyecz did not express any regret for his purchase, noting that he sold the rest of his Bitcoin when it reached the then-impressive price of $1. “That was enough to get a new computer and a couple of new video cards…so I’d say I ended up on top,” Hanyecz told the NYT. As it surges toward $20,000 and some are predicting that it could hit $40,000 by the end of 2018, the reality is that Hanyecz could have attained a lot more.

Still, if mainstream retailers like eBay can successfully integrate Bitcoin and other cryptocurrencies into their payment systems, we might see an entirely digital currency that can serve as an investment asset, a speculative asset, and a usable currency. More developments are still needed, but the conversations are happening, and that’s pretty exciting. 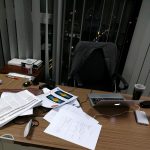